The role of data in tackling Covid-19 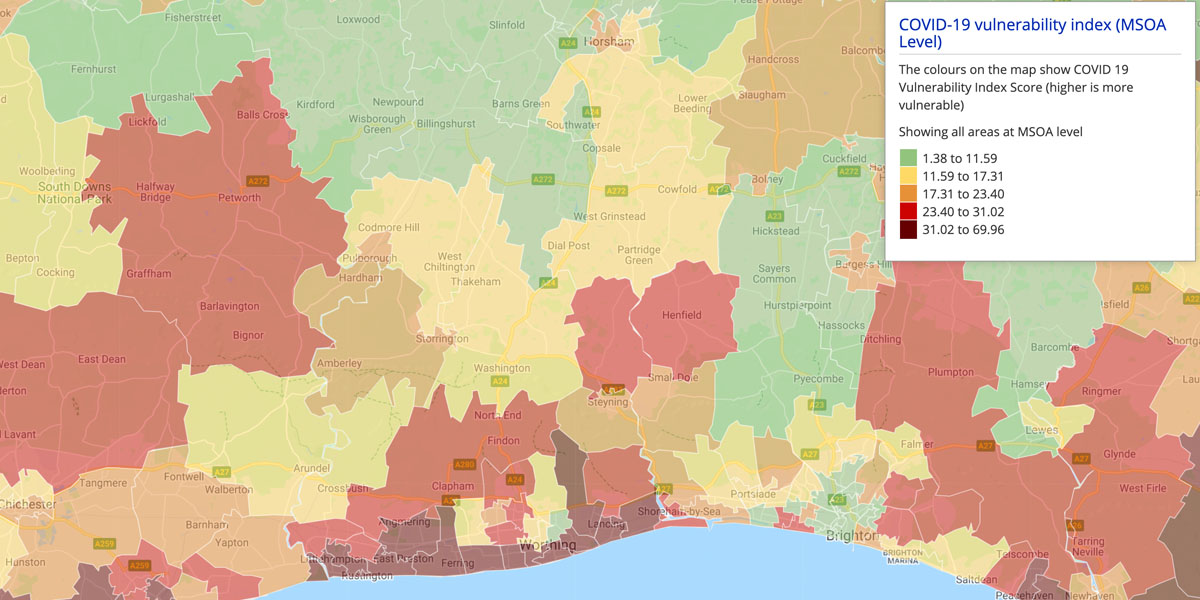 We have just passed the one-year anniversary of the first UK wide lockdown and we thought it was an appropriate moment to pause and reflect on these past 12 months and the role that data has played during this time.

It’s safe to say that during the past year we have, as a nation, become more aware of the critical role that data plays in managing public health, and specifically any outbreak of disease. The focus that has been on our communities has served to highlight how and why statistical measurements of communities matter and how these combine to inform policy, planning and spending. As a result, public consciousness of the many statistical variations and measurements that go into forming policy and agendas is now at its most evolved, and with this comes stronger scrutiny and a clearer need to provide evidence-based reasoning behind all spending decisions. Following the data is something that is no longer just in the realms of the data analysts.

Key to any response to a pandemic is surveillance of where the outbreak is most prevalent – which communities and which groups are most affected and most at risk, what the symptoms may be, if they are getting more severe and when any outbreak may peak. This surveillance underpins all public health action to control and contain the disease; it is used also, to inform predictions made by modellers on how any outbreak might progress in any range of different scenarios.

This is the top layer, or headline level of data that many see, but beneath all this is an unseen level of small area data that provides the foundation on which all the predictions, agendas and policies are built. As the virus took grip, a data dive analysis of the areas it became most prevalent revealed that there were patterns and social factors that pre-determined the likelihood of higher infection rates. Those living in more densely populated dwellings, working in public facing jobs or lower paid work, those of a certain ethnic background, of a certain age demographic or with a particular pre-existing health condition such as obesity, were all found to have a higher degree of risk of infection and a more severe experience of the disease than other groups. The availability of open socio-economic data which can be used to identify vulnerable populations and the communities hardest hit has meant that it is possible to better identify and better respond to areas at risk.

Local, small level data such as that held by Local Insight can provide a forewarning of which communities may be hit hardest by an outbreak, help identify which communities need the most protection in terms of those with higher exposure risk, but critically also too, those that will be hit hardest by the economic consequences of the pandemic. The emerging picture of communities hit by these two factors, disease exposure and economic exposure, can be overlayed onto Local Insight to reveal the underlying contributory factors. This can be supplemented by relevant data held internally which can be uploaded from local databases into the tool to compare against nationally collated datasets. From there it is possible to build a model for economic and social interventions to rebuild and reinvest. When considering how budgets should be spent to ensure that the promise to build back better is met, knowing and understanding the economic and social variations of the areas impacted means that informed, evidence-based decision making can occur.

As the year progressed, we saw that these communities became hotspots for positive cases of COVID-19 – a dive into the make-up of these communities helped better understand why this was. By mapping the spread of infections and overlaying this with the data we hold in Local Insight, it became clear that ‘left-behind’ areas and areas that were highest in need and highest in measurement of deprivation were most at risk. Those economically vulnerable were ill equipped to stop work or work from home; large families in small homes, often with more than one family member working on the frontline, be it nursing, public transport or essential retail, meant that shielding was a luxury that could not be afforded.

Local Insight holds relevant data on at risk groups and communities in one place.  We manage and maintain all the data with regular updates and aim to have new releases live on the site within seven working days of release. You can be confident that you are using the most up-to-date data available when planning your response to the pandemic and know that you are providing needs based spending where need is greatest.  It also means that spending days on data collection, aggregating and data crunching can be a thing of the past; reporting on data sets takes minutes instead of days, and the results of data dives are easily collatable and presentable in easy-to-understand graphs and visualizations. This frees up time and resources so that budgets that are already tight, time and effort can be concentrated on delivering change where needed.